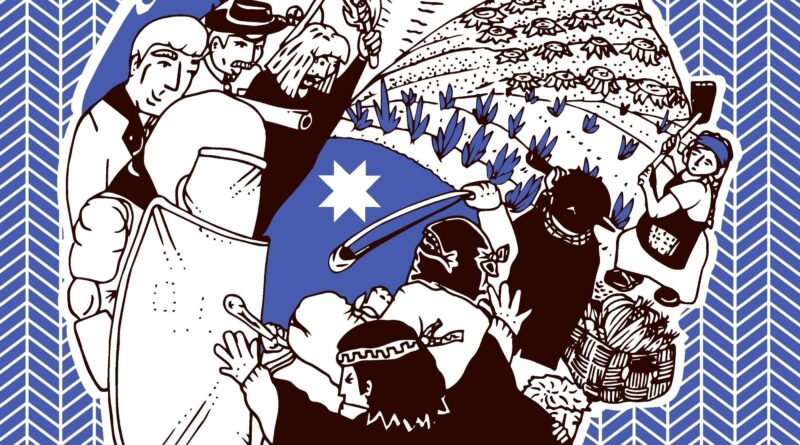 The so-called “Mapuche conflict” ongoing in Wallmapu (Mapuche territory in southern Chile) is nothing but a term that represents how the ruling class has historically monopolized the discourse. However, this isn’t new. In the 19th century, when the Chilean State was born, these forces spoke of “pacification of the Araucanía”, same happened when the Inca and Spanish empires arrived declaring war. The occupation of Mapuche territory is not limited to wars only, it also has implied a civilizational clash between hierarchical-authoritarian cultural forms, such as the imperialist ones, and non-state-federative forms, such as those practiced by the Mapuche communities. According to the traditions in the West, the founding act of the Chilean State is based on the centralization of power in a «race», an official language and a specific territory. The expansion of the rule of law has led to the reduction and division of Mapuche territory, together with the patriarchal culturalization and the establishment of capitalist social relations, which historically led to the Mapuche being forced into the peasant class in the countryside and into the proletarian class in the cities.

The process of Mapuche cultural revitalization and the struggle for land, which has been going on since the 1990s, has had as a response tougher sentences from the judiciary, frame-ups, militarization and deaths. The current episode shows us the inconsistencies of the rule of law, as the 27 Mapuche political prisoners, including their leader Machi Celestino Cordova, are asking the government to comply with the protection of rights that the state promised to guarantee through ILO Convention 169. To make themselves heard, they have resorted to endless hunger strikes that put their lives in danger.

In the face of the great wave of demonstrations in solidarity with the Mapuche political prisoners, such as the occupation of five town halls in the Malleco province by Mapuche protesters,  the landowning, business sectors and fascist segments of Chilean society demanded greater repression from Interior Minister Victor Perez during his visit to the Araucanía region on July 31st. Consequently, the following night a group of armed civilians violently attacked the Mapuche demonstrators in the occupied town halls by beating them. The attack also included racist chants and slurs in complicity with the Chilean police (carabineros), who neither stopped this overtly racist attack nor controlled the assailants, despite the ongoing coronavirus curfew.

This situation is a clear sign of the polarization that keeps Wallmapu on alert added to a new important actor involved: right-winged goons willing to fight in the streets. Along with this, the federation of truck owners called a truckers’ strike at the beginning of August, which made President Piñera present a new law called “Juan Barrios», which toughens penalties for burning trucks and called on the Congress to approve projects on security.

In a social context marked by the popular revolt that began in October 2019, the constitutional plebiscite scheduled for next October and the government’s defeat in the battle for the withdrawal of 10% of the pension funds to deal with the pandemic, rates the government at an all-time low approval from citizenry. Therefore, the government’s reaction to the explosion of protests in Wallmapu and in some other cities of the country, may restore the unity of the Chilean right.

If there is anything the State cannot control in this clash with the Mapuche people, it will fight against it. That’s why the left, as the figure that restores the bourgeois institutionality in times of crisis, aims at solving this conflict by recognizing the indigenous peoples in a plurinational State, in addition to promoting that they have reserved seats in the approaching constitutional process. Territorial autonomy and self-government are not possible in the rule of law.

The Mapuche struggle must be seen as essential for the liberation of the peoples, since the demand for territory and autonomy, and their worldview in terms of the defense of the land, goes against the concentration of power in the State, the reproduction of capital, and the unstoppable destruction of the commons through extractivism. The Mapuche struggle could establish a prefigurative practice, foreshadowing organized communities in balance with all forms of life.

It is urgent for the Mapuche struggle to expand the frontiers of their lands beyond the Biobio Region. That’s why we have to show our solidarity with the demands of the oppressed ones, the Mapuche, oppressed by authoritarianism, colonialism, capitalism and patriarchy. We have to show you support by protesting in the streets as well as from anti-authoritarian organizational structures that fight for the well-being of humankind. 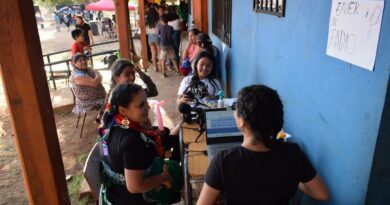 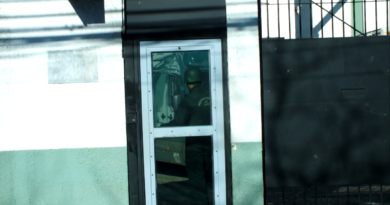 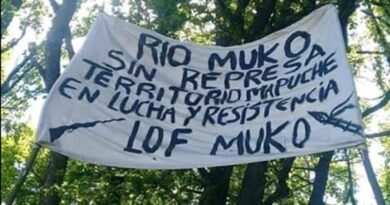