Hello comrades! This is the Radio Kurruf’s report, about the situation of Mapuche Political Prisoners on hunger strike

Four mapuche men are still unjusticely imprisoned since June 9 2016, in the jail of Temuco, a city of mapuche territory now dominated by the Chilean State, in the south of the country. They were accused of burning a church by and the only prove was the testimony of a faceless witness, who declared have seen a car like that of the suspect near the fire. The four mapuche were stopped the night of the fire in a routine identity control, by the police, near the place they live, 10 km away from where the facts took place.

More than a year after that, they keep declaring themselves innocent, but are still deprived of liberty, because they are being indicted under the anti-terrorist law, which allows the preventive prison inside the jail, the testimonies of secret witnesses and other irregular processes.

So, on June 7 2017, the four mapuche men decided to start a hunger strike indefinitely, with the following petitions:

On September 13 2017, the Medical College of Chile reported the serious physical and neurological situation of the four mapuche. They had lost about 20% of weight, and had signs of kidney and digestive damage, neurological damage, hypertension, loss of memory, permanent dizziness and cramps, loss of orientation, imbalance, slowing, tremors, headache, paranoia, and severe depression. Other organizations like International Amnesty have also asked the government to review urgently the situation of the prisoners.

Today, on September 22, 108 days after they started the hunger strike, they have not received answer from the government. Two days ago, they were translated once again to the hospital, because their lives are in serious risk, even one of them has a heart failure.

While all this time, the families, friends and other mapuche communities from all around Wallmapu have trying to show the situation to the rest of the world to be supported, making a lot of actions in many cities. But the official media have hidden the information. The media had tried to criminalize the Mapuche people in complicity with Chilean and Argentinian authorities, and with some of the owners of lands and private companies, because mapuche communities are trying to recover their ancestral territories.

That´s why the support of the independent media is so important! 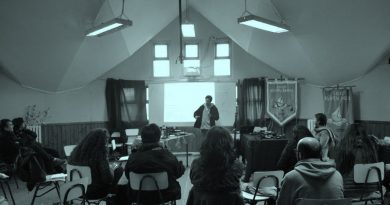 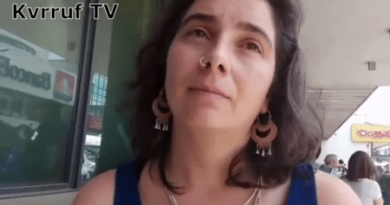