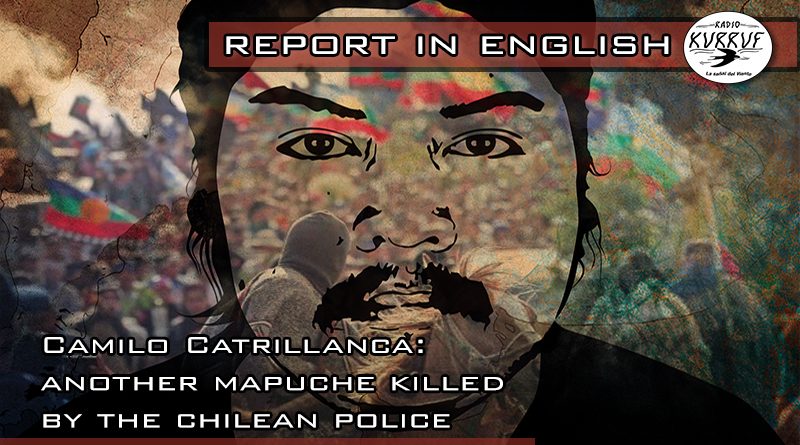 Camilo Catrillanca, yet another Mapuche killed by the Chilean police

This past November 14th at around 5 pm in Ercilla, a town located in the middle of Wallmapu (mapuche territory dominated by the Chilean state), another Mapuche was killed by the Chilean police. Camilo Catrillanca, who was working in the fields, was riding a tractor when the militarized police burst in without any warrants, along with dozens of policemen, armored vehicles, helicopters and shooting at point-blank range without provocation or apparent reason. One of the shots mortally wounded him and as his body fell down a 15-year-old boy who was with him witness it all. The teenager was seized and beaten down by the police. His testimony has been critical in revealing the police’s speech, full of lies, incoherencies and nonsenses, which has been unscrupulously spread by the mass media.

On one side, there’s the theory behind the shootout, the so-called Camilo’s criminal record and the excuse of a car theft near the place of murder were falling to pieces as the hours passed by. On the other side, the cameras’ memory cards were destroyed by the ones held responsible in order to hide all the evidence from their acts.

Marcelo Catrillanca, father of the mapuche killed, declared to the press:

“As I said before: my son was working in a tractor of the community, therefore and once again it comes to show that the police elaborate hoax situations just like what happened with the “Huracán” case and for which they’re under investigation (…) Mr. Chadwick, Minister of internal affairs, has to understand that a massacre took place here. My son was killed from the back and attacked at point blank. We are not satisfied with the decisions taken.”

Protests in Wallmapu and in the main cities of Chile have taken place after Camilo’s murder. This protests forced the government to take action. An example was the destitution and prosecution of the policemen involved, the colonel’s and general’s resignation, both held responsible of this operation, as well as the resignation of the foreman of the Araucania region; the greatest representative from the region before the government.

Camilo Catrillanca was 24 years old and he was the grandson of the Mapuche longko in the Temucuicui community, ancestral authority for the mapuche people. Camilo was part of the people’s resistance. In 2011 he participated in his high school’s protests demanding intercultural education, one that would recognize the mapuche culture. In 2016 this very same high school was turned into a police quarter – the institution that ended up killing him. The people in Temucuicui is especially devastated by the repression from the State, as it promotes forestall monoculture and invades areas that are part of a long historical recuperation of the ancestral lands of the Mapuche. 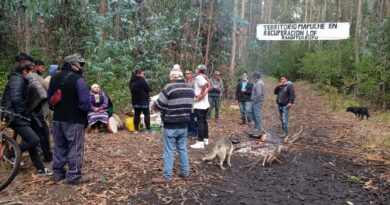