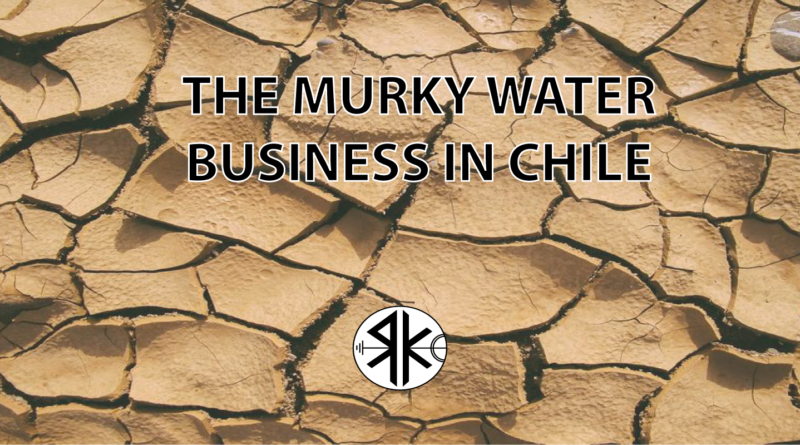 The murky water business in Chile

Some weeks before the start of the social uprise in October 2019, the water had become a central issue in the public debate in Chile. Multiple demands and manifestations in the streets changed the agenda and water became a less spoken issue.

However, the drought’s alarming figures, the excessive use of water by agricultural and forestry companies and the serious cases of pollution in the household water supply networks of several cities, reopened the debate about the murky water business in Chile, where so-called “water rights” are purchased and private companies are responsible for delivering drinking water.

All this is based on the current neoliberal regulation about water written by Pinochet during his dictatorship; the 1981 Water Code. This regulation turned Chile into the sole country in the world that gives water rights to the private sector for free and in perpetuity. What started as a promotion for the agricultural sector ended up as a water market where large companies registered the rights right away, however the small ones took years to do so. As a result, the concentration and over granting of the water rights went to only a few that added to decades of drought and irregular extraction without control which caused the exploitation of aquifers that now are not able to recharge naturally. The situation becomes more critical if we take into consideration that 96% of the sweet water in the country is used by the forest and agricultural industries, while just a 2% belongs to drinking water. From that percentage just a 36% is destined to home consumption. The neoliberal and privatizing spirit of this law didn’t even keep a percentage for human consumption, which affected local farmers by violating basic human rights such as the access to water and also affected the water ecosystems.

The scenario is not getting any better. Chile is going through the worst drought in history that puts in risk the basic conditions of thousands of people who don’t have access to drinking water. At the same time, many different agricultural towns are drying up and thousands of animals are dying as availability of water resources decreases. In 2019 the lowest rainfall rate in history took a record. Some reservoirs came at historical lows and it is estimated that last year Chile lost 20% of the water in its reservoirs and less rain and snow makes it difficult to recover.

According to the government’s own figures, river flows will be half the historical average, and in the northern region of Coquimbo, 90% less flow is expected than in the 2018-2019 season. In addition, there are already 79 villages that as of December 2018 were under a scarcity decree, affecting 2 million inhabitants, equivalent to 11% of the population. According to the World Resources Institute, Chile will be one of the thirty countries most affected by water shortages by 2040.

An example of the effects of water business is the village of Petorca, well known because of the drought and the serious consequences of the avocado crops which require a large quantity of water and therefore it has affected the local people’s access to it. Nowadays locals depend on water trucks from the State which are normally used as an emergency measure. Nevertheless, this situation seems to be quite normal not only in Petorca and today thousands of families along the country depend on drinking water provided by these trucks. Since 2014 the State has spent more than around US 176 million in this mechanism that, ironically, includes the purchase of water rights from the private sector.

On top of that, water companies were also systematically privatized during the 90´s. The state decreased almost entirely its participation in those companies keeping only a 5%. These companies have been in the eye of the storm since the cases of cuts in the drinking water supply in cities such as Osorno, Los Ángles, Chiguayante and Puerto Octay during 2019, which in some cases lasted more than 20 days and in others they were due to oil and chemical leaks in the household water networks.

In Chile private companies profit with a vital element that should be free for public use, a practice that violates people’s human rights. That is why various social organizations aim to change the public policies that allow the deprivatization of water and so the withdrawal of the water code and the effective protection of rivers, glaciers, wetlands and of every threatened environment. 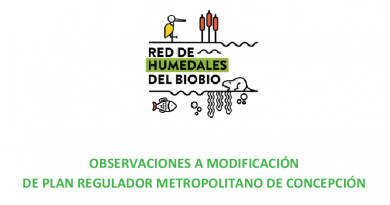 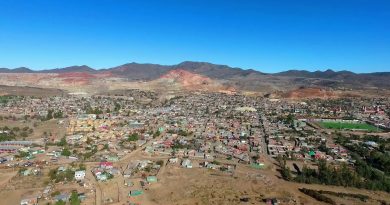 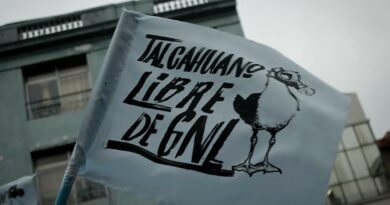